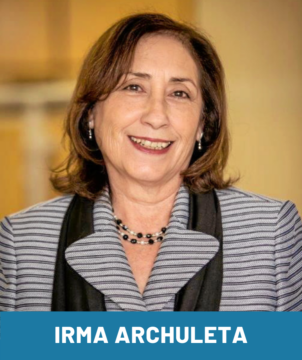 Irma Archuleta is an educator by profession with extensive administrative and management background in higher education from the California State University and Community College systems. Her dedication to public service led her to represent her community as a Trustee for Long Beach City College. She dedicated her career to advancing social justice by increasing access and promoting educational equity.

However, her most poignant and meaningful work was elevating the plight of undocumented students. As co-founder and co-chair of the Leticia A Network (LAN), an intersegmental education and community advocacy group, she worked collaboratively with the Mexican American Legal Defense & Education Fund (MALDEF) and state elected officials on legislation to support the rights of undocumented immigrants. 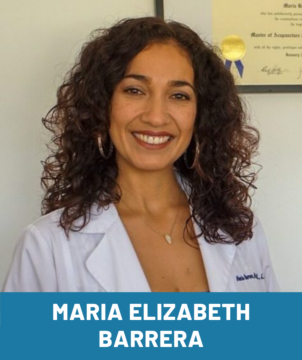 Maria Elizabeth Barrera came to the US when she was 6 years old and grew up in La Puente, CA. She is the eldest daughter of four children of immigrant parents. At only 17 years old, she testified in the Senate chambers of CA about the plight of the undocumented high school student attempting to be recognized as a California resident. Her testimony helped push legislation into real law, known today as AB540. As a direct result of the passing of this legislation, Maria was able to attend UC Davis and receive her Bachelor’s in Political Science and Religious Studies. Afterward, Maria worked at the Coalition for Humane Immigrant Rights (CHIRLA), where she created the 1st Statewide Network in the CA for undocumented college students: the California Dream Network. She later transitioned into another passion: the healing arts. She became a Licensed Acupuncturist in 2017 then opened up her own business in July 2019. She is a mother of a 7-year-old daughter and loves to journal, run and read. 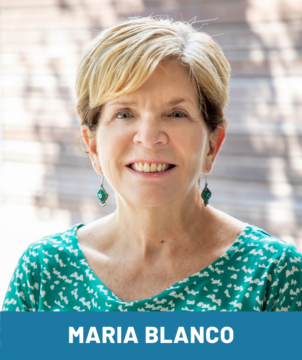 With a BA and JD from UC Berkeley of Law, Blanco is a long-time civil rights litigator and advocate. Before founding the UC Immigrant Legal Services Center, she was Vice President of Civic Engagement at the California Community Foundation. Blanco has also served as Executive Director of the Chief Justice Earl Warren Institute at UC Berkeley School of Law, as Executive Director of the Lawyers’ Committee for Civil Rights of the San Francisco Bay Area, and as National Senior Counsel for the Mexican American Legal Defense and Educational Fund. 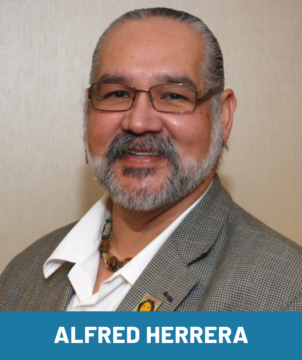 Alfred Herrera is the Assistant Dean for Academic Partnerships and the Director of the Center for Community College Partnerships at UCLA. He has spent 40 years at UCLA focused on access and success for transfer students, specifically dedicated to expanding opportunities to undocumented students and transfer students. He has worked across locally, statewide and nationally on training and advocacy for those communities. He is a co-founder of the Leticia A. Network, and worked alongside several others with the late Assemblyman Marco Firebaugh on establishing the language for AB540, and was invited to witness the Governors signing of AB540 in 2001. 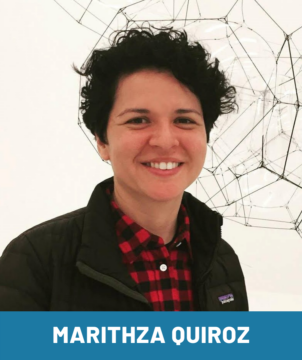 Marithza is a graphic artist currently living in the Bay Area. Born and raised in Sonora, Mexico, she migrated to the U.S. with her parents at age 17. She learned English and graphic design through low-cost adult programs in Los Angeles and worked in the printing industry for over 20 years. Marithza became eligible for in-state tuition and financial aid through SB68 in 2018. She graduated from UC Berkeley in 2020 with a Bachelor’s in American Studies. She is now pursuing a Masters in Science in Learning, Design & Technology at Stanford University, where she’s planning to design digital learning tools for adult learners and non-traditional students like herself.

Back to Main Page