On November 19, Judge Jon S. Tigar of the United States District Court in San Francisco issued a nationwide temporary restraining order that blocks the government from carrying out Trump’s presidential order banning those crossing the U.S.-Mexico border without papers from seeking asylum unless they wait at ports of entry.

What’s Next:
Those seeking asylum now will be able to petition despite their method of entry, reverting back to the established U.S. immigration law that deems foreigners who touch American soil eligible to apply for asylum. Such individuals will not be deported immediately but are eligible to have a “credible fear” interview with an asylum officer, a screening that the majority of applicants pass.

Trump administration officials have signaled that they will continue to defend the policy as it moves through the courts, which advocates speculate will ultimately reach the United States Supreme Court.

This morning, Trump signed a presidential order banning individuals crossing the U.S.-Mexico border without papers from seeking asylum unless they wait at ports of entry.

This is in direct contrast to U.S. immigration law which allows individuals fleeing from violence in their home countries apply for asylum within a year of entry–regardless of whether they entered the U.S. legally or illegally.

This order will go into effect Friday, November 9 (today) at midnight and is expected to impact majority of the asylum seekers. This new law forces them to choose between having to wait for weeks or months at overloaded ports of entry or entering the U.S. illegally with no access to seek asylum and an immediate risk of deportation.

It is important to note that this new policy does not apply to children and teenagers who cross into the U.S. without an adult. However, they will be subject to a much higher screening standard (i.e. while the current standard passed approximately 75%, the new). See below for further details.

What’s Next
As of midnight today, if someone enters the U.S. from the U.S.-Mexico border without papers but between ports of entry, they would be entitled to an interview with an asylum officer. The asylum officer would then use a standard called “reasonable fear” which is a harder hurdle to overcome than the current “credible fear” standard.

Reasonable Fear
Under the “reasonable fear” of persecution standard, effective of midnight today, if someone enters the U.S. without papers between ports of entry, that individual will still be entitled to an interview with an asylum officer. However, the officer is now required to reject the previous credible fear standard, and instead screen the individual for a reasonable fear of removal – a standard that requires not just a significant possibility of persecution but a determination that persecution is more likely than not.

‹ Dreams Don’t Have a Due Date
November 2018 Newsletter › 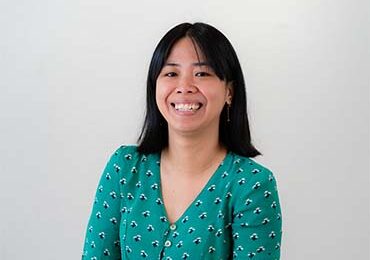 "Immigrants Rising is unique in its investment in empowering the individual, which transforms them to be a better leader and create the change they want for their community."