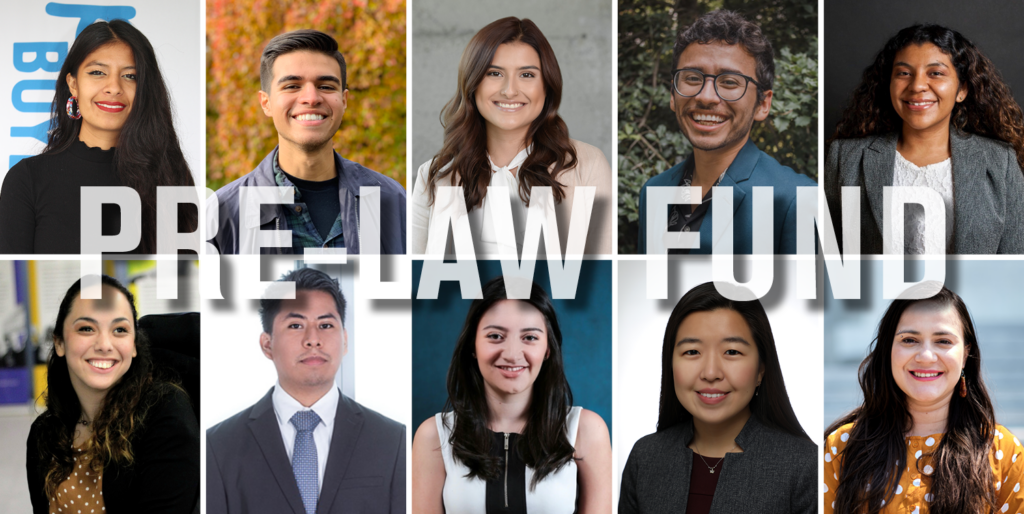 We are thrilled to introduce the new cohort of Pre-Law Fund recipients for 2021. These 10 undocumented students applying to law school will be receiving financial assistance and technical support for their application process through Immigrants Rising’s Pre-Law Fund.

Learn more about each of our amazing recipients below! 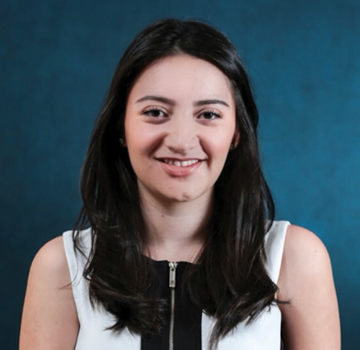 Isidora Echeverria (She/Her/Ella) was born in Santiago, Chile and grew up in Long Island, New York. After immigrating to the United States as a toddler, she has developed a passion for immigrant rights and public service. As a student at Hunter College, Isidora served as a voice for undocumented “Dreamers” on campus and beyond. After earning a bachelor’s degree in Political Science and Public Policy in 2019, Isidora currently works as a litigation paralegal in a boutique plaintiff’s law firm in New York City. She looks forward to attending law school in the Fall of 2022. 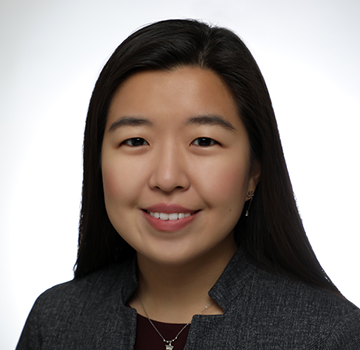 Hyo Young Lim “Ana” (She/Her/Hers) was born in South Korea and immigrated to the United States when she was in middle school. She is an alumna of American University in Washington, D.C. where she earned a bachelor’s degree in Data Sciences for Justice, Law, and Criminology. Before transferring to AU, Ana earned associate degrees at Johnson County Community College in Overland Park, Kansas. As an immigrant-survivor of sexual violence, it has been her goal to attend law school to advocate for immigrant victims—particularly victims of sexual violence. She firmly believes that immigrant rights are human rights. 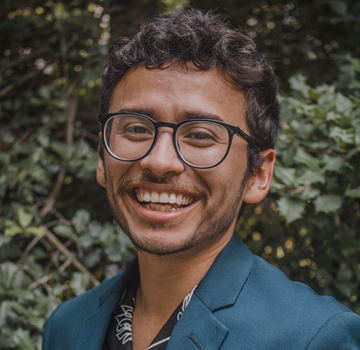 Freddy Lopez (He/Him/Él) was born in San Marcos, Guatemala and immigrated to the United States at the age of 12. He is a senior at George Mason University (GMU) majoring in Sociology and minoring in Legal Studies and Data Analytics. As the Internal President of UndocuMason, an organization working to create a more inclusive environment for immigrants through education and advocacy, Freddy has contributed to institutionalized support of undocumented students at GMU such as the establishment of an emergency fund during COVID-19, the implementation of a comprehensive and efficient domicile appeals process, and more. Outside of GMU, he has advocated for the rights and needs of undocumented youth as a Changemaker for CLASP’s New Deal for Youth and as a two-time UCLA Labor Center’s Dream Summer Fellow.

Through his experiences and advocacy, Freddy became exposed to the ways in which our legal system can fall short of delivering justice and equality for all, especially to underserved immigrants. He aims to pursue a J.D. to dismantle barriers faced by immigrant populations through a career in the legal field. He is most interested in exploring the implications that different areas of the law (such as employment, criminal, and family law) have on undocumented immigrants when intersecting with immigration law. After learning the power of community organizing, he hopes to find ways to center community-driven solutions when addressing our legal system’s unjust treatment of immigrants. 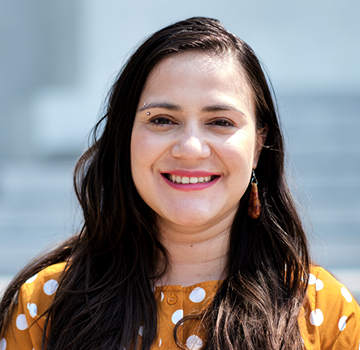 Wendy Lopez (She/Her/Hers) was born and raised in Sinaloa, Mexico. She migrated to the United States as a child with her mother and her two sisters. Wendy attended El Camino Community College for four years before transferring to UC Berkeley where she majored in Media Studies with a minor in Human Rights. She faced many challenges in her journey pursuing higher education, working up to three jobs to put herself through school.

Through her lived and direct field experience working with vulnerable populations, Wendy witnessed the need for services that extend beyond a piece of paper whether it is counseling, child care, education, food, or financial advising. Wendy is interested in attending law school and becoming an attorney that provides holistic services, meaning that she aims to transcend traditional legal services to ensure that clients receive the individualized assistance that their particular needs require. Wendy aspires to eventually fund her own nonprofit that promotes her vision for holistic legal services. She believes that in order for migrants to thrive in a new country, they must be granted the opportunity to care for all of their needs. Doing so will allow them a chance to live up to their highest potential and nurture their well-being. 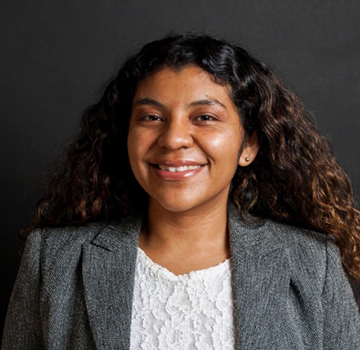 Aiko Marcial Rivera (She/Her/Hers) is an Afro-Mexican immigrant with roots in Teloloapan and Costa Chica, Guerrero. Her experience as an undocumented black immigrant has been the driving force behind her zealous advocacy for her community. Aiko grew up in a hyper-surveilled community of Santa Ana, CA where she experienced the realities of being an Afro-Mexican undocumented youth. It was the resilience and perseverance in this community that fostered her work ethic and pushed her to begin organizing as a youth in the Immigrant Rights Movement. Aiko went on to be a youth organizer for five years providing political educational workshops to undocumented youth and organizing to stop deportations at the local level.

After graduating from UCLA, Aiko worked as aparalegal and recently began working closely with undocumented immigrants experiencing employment violations. The indignation she feels as a Black undocumented immigrant woman towards the criminalization and deportation of her community is pushing her to go to law school to become an attorney and continue organizing against oppressive systems. 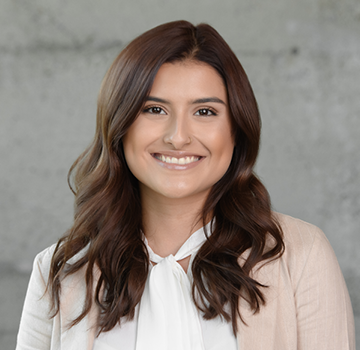 Originally from Tizapan El Alto, Jalisco, Mexico, Mitzia Eliovani Martinez Castellanos (She/Her/Ella) migrated to the U.S. in 2006. She is a second year doctoral student at the Jurisprudence and Social Policy (JSP) Program at Berkeley Law School where she studies the legalization process through the lived experience of undocumented people. She is interested in simultaneously earning a J.D. while getting her Ph.D. to become a law professor and contribute to existing efforts to recruit and retain more students of color in law school. As a law professor, she hopes to teach a class informed by the lived experience of criminalized beings like undocumented people and formerly incarcerated people. Her ultimate goal is to one day have her own organization that conducts research to inform legal policy to decriminalize immigrants.

Mitzia is committed to providing supportive mentoring to upcoming undocumented, Black, Latinx, and youth of color seeking a career in research or law. In 2020, Mitzia was fortunate to visit Tizapan for the first time in 10 years with Advance Parole. Once there, she spent a lot of time with her grandmother, reconnected with friends, and met a bunch of little cousins for the first time. In her free time, Mitzia likes to spend quality time with her friends, try new salsa recipes, cook recipes her mother taught her, and travel with her life partner. 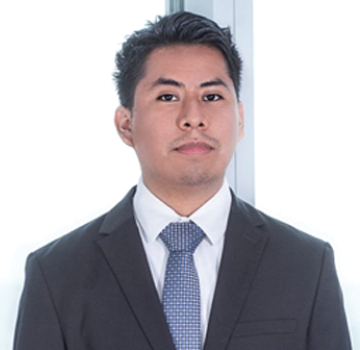 David Mateo-Santiago (He/Him/His) was born in Mexico. Watching his dad work back-breaking shifts to support his family without complaint about the less-than-minimum-wage pay, the discrimination or harrassment he faced, or how he was forced to inhale toxic chemicals, made David realize how many hard working-class immigrant families become complicit in abusive labor practices for fear of deportation, retaliation, or job loss. David has worked at Service Employees International Union (SEIU) Local 721, a labor union, and participated in the Mobile Workers Alliance (MWA), a campaign that fights for minimum wage, benefits, and the possibility to form a union for gig workers, such as Uber and Lyft drivers. Now, David works at West Coast Employment Lawyers, an employment law firm, as a discovery clerk hearing from employees of different industries about their experiences of discrimination, sexual harassment, and wage or hour violations. David wants to pursue a legal education to confront these workplace injustices, and most importantly, to represent his undocumented community, which deserves a greater voice to stand up to unlawful business practices, without fear of deportation or any form of retaliation or coercion. 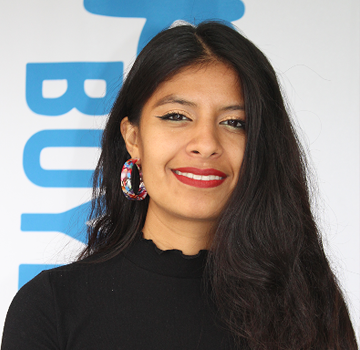 Yael Pineda Chavez (She/Her/Ella) was born in the state of Morelos, Mexico. At the age of 4, she migrated to the United States alongside her parents due to the lack of economic opportunities in Mexico. From a young age, Yael’s parents fostered a passion for immigrant and worker justice through participation in different protests and rallies. She grew up in La Puente, California, where she believed that after high school, college was not an option due to her immigration status. Nonetheless, she went on to receive her undergraduate degree in Psychology and Labor and Workplace Studies from UCLA. Currently, she works as an eviction defense Paralegal at Bet Tzedek Legal Services in Los Angeles.

Yael’s experience with grassroots organizations, student affairs in higher education, and community advocacy, as well as her personal experiences as an undocumented woman of color place her in a unique position to contribute greatly to the legal field. Becoming an attorney will allow her the opportunity to serve members of her community facing the same injustices that she and her family encountered when they first migrated to this country. Yael is committed to diversifying the legal profession by uplifting the experiences of low-income communities of color and ensuring they have access to equitable legal resources. 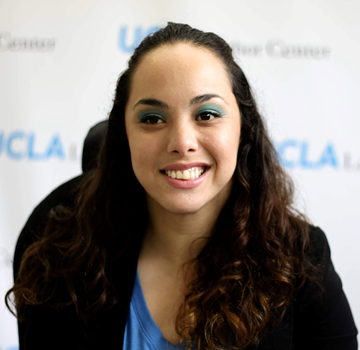 Paulina Ruiz (She/Her/Hers) was born in Chihuahua, Mexico. She was born with cerebral palsy, a neurological condition that can impact a person’s ability to perform many physical tasks. Seeking access to the musculoskeletal procedures and extensive therapies her condition demanded, Paulina’s family decided to migrate to the U.S. when she was 6 years old. She graduated high school in 2010, earned an associate’s degree in Spanish in 2014, and subsequently transferred to UCLA in 2016, where she earned a bachelor’s degree in Spanish Literature with a minor in Mexican Studies.

Her college experience helped her frame and articulate many of the biases and prejudices that were an integral part of her everyday life as a disabled immigrant. Passionate about advocacy, Paulina has worked in non profits and has paved her way to Washington, D.C. In May 2021, an article she contributed to, “Saving DACA, Healing Ourselves: Aggressions and Healing Experiences in the Course of DACA Activism in Washington D.C.” was published. Her hope is to work in estate planning, focusing on elders and people with disabilities. Her nonlinear path to self-actualization demonstrates three of her core characteristics: as a protector, an advocate, and a student of life. 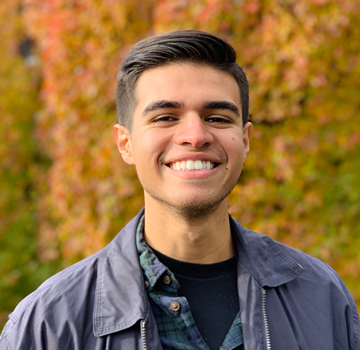 René J. Valenzuela (He/Him/His) is a proud immigrant hailing from the Mexican-U.S. border. His identity as an immigrant has been central to his exposure and involvement seeking radical change for disadvantaged communities. He is particularly passionate about immigrant rights and college access for marginalized youth and has had many opportunities to engage in both lines of work over the past few years. He received a bachelor’s degree in Chicanx-Latinx Studies from Pomona College and aspires to enroll in law school next fall to continue sharing spaces, learning from, and advocating alongside community members.

We are excited to follow their trajectories as they aim ever higher in their work of transforming their communities through a career in law.

We are only able to do this work because of generous community support through the years. Please consider supporting our programs through your donations here. 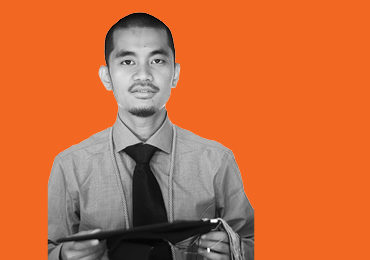 "For undocumented people, it's rare to find either a person or an institution that validates your experiences and your achievements."