Armando Ibañez (he/him) is a latinx queer filmmaker from Acapulco, Guerrero, Mexico. He has been living in the United States for over 20 years and lives in Los Angeles, California. Armando is the writer and director of the award-winning YouTube series Undocumented Tales, a story that follows the journey of a Mexican undocumented and queer server living in Los Angeles.

In 2018, he was nominated for the LAWEBFEST Awards in the categories of outstanding writing, outstanding directing, outstanding drama series, and won for outstanding lead actor. This year, Armando directed the short film Freedom for All, in collaboration with Lush Cosmetics as part of a campaign to advocate for the rights of undocumented immigrants. Armando is also part of the Artists Disruptors Fellowship program, whichprovides opportunities to emerging television writers of color who also identify as transgender, non-binary, disabled, undocumented, and/or formerly undocumented. Armando is committed to portraying authentic Latinx characters and addressing real issues impacting immigrants and LGBTQ communities in the United States. 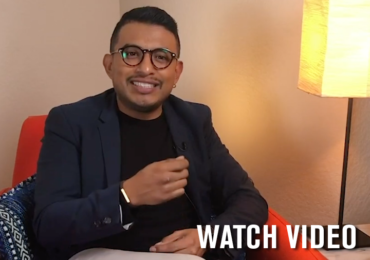 "We are hustlers by nature because we need to survive."