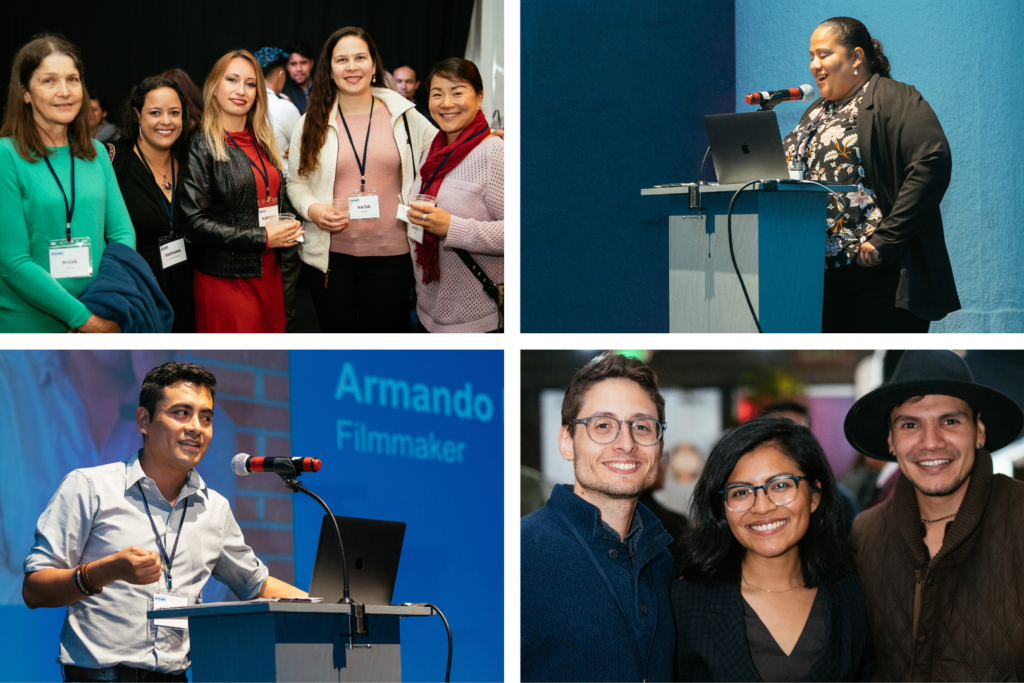 On November 8th, Immigrants Rising family members gathered in San Francisco for “STILL WE RISE: An Evening of Revelation and Revelry.” Watch videos of these brilliant undocumented storytellers sharing their stories of hustle, heartbreak, and humor below. 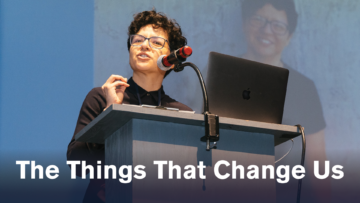 MARITHZA QUIROZ, Scholar
Marithza is a graphic artist currently majoring in American Studies at UC Berkeley. She was born in Sonora, Mexico and migrated to the United States at the age of seventeen with her parents. She learned English and graphic design through community adult programs in Los Angeles. Marithza plans to pursue an advanced degree in art education. She loves drawing, conversing with friends over coffee, and exploring the city on public transportation.

The Things That Change Us
Having spent the first half of her life in Mexico and the other half in the U.S., Marithza shares how art and storytelling have helped her grapple with questions around identity, place and belonging. 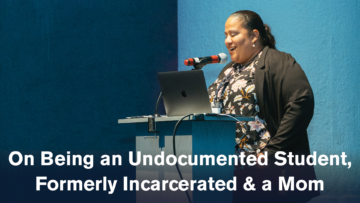 KAREN HERNANDEZ, Student & Dream Resource Center Program Assistant, LA Trade Tech College
Karen was born in San Pedro Sula, Honduras. She emigrated to the United States at the age of seven where she grew up in Los Angeles County. She is the mother of three boys and an active student advocate on her college campus. She loves to help other people and is working on transferring to a UC school where she will major in Urban Planning to eventually become a community organizer.

On Being an Undocumented Student, Formerly Incarcerated, and a Mom
Tragically losing her son Jonathan led Karen to addiction, incarceration, and eventually losing custody of her children. She was later released from prison to an immigration detention facility and then to a re-entry program. Currently, she’s working and attending college full-time while fighting a pending deportation case. 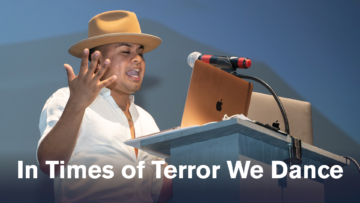 YOSIMAR REYES, Poet
Yosimar Reyes is a nationally-acclaimed poet and public speaker. Born in Guerrero, Mexico, and raised in Eastside San Jose, Reyes explores themes of migration and sexuality in his work. The Advocate named Reyes one of “13 LGBT Latinos Changing the World” and Remezcla included him on their list of “10 Up And Coming Latinx Poets You Need To Know.”

In Times of Terror We Dance
Yosimar is convinced that there is no one word that can fully encapsulate the power of undocumented immigrant communities. He finds himself fascinated by the fact that despite being constantly under attack, undocumented people like himself remain here, build businesses here, raise children, and still manage to dance. What exactly is undocumented joy and how can we harness it to empower our communities? 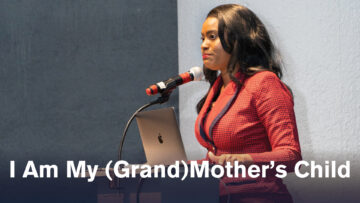 DENEA JOSEPH, Founder, UndocuImmpact
Denea (pronounced Denae) Joseph is an undocumented Black DACA recipient and national immigrant rights activist. She immigrated to the United States at the age of seven from Belize, Central America. Denea serves as the Vice President for the Black Los Angeles Young Democrats (BLAYD), California Ambassador for the United State of Women (USOW), and most recently as the Communications Coordinator for the UndocuBlack Network (UBN), advocating for the representation of UndocuBlack immigrants within the mainstream immigrant narrative.

I Am My (Grand)Mother’s Child
Denea immigrated to the United States without most of her family and was raised by her maternal grandmother, who laid the foundation for who she is. Denea shares her thoughts on the impact of family separation in the immigrant community. 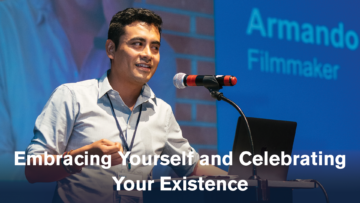 ARMANDO IBAÑEZ, Filmmaker
Armando Ibañez is a Latinx queer filmmaker from Acapulco, Guerrero, Mexico. His passion for film sparked at the age of seven years old when he began watching Mexican cinema from the 1950s. Armando is the director and writer of the YouTube series “Undocumented Tales,” a story that follows the journey of a queer undocumented Mexican server living in Los Angeles. Armando is committed to portraying authentic Latinx characters and addressing real issues that impact immigrant communities in the United States.

Embracing Yourself and Celebrating Your Existence
After spending 30 years in the closet, and more than 10 years as an undocumented immigrant in the U.S., Armando is embracing his identity and using his art to heal. 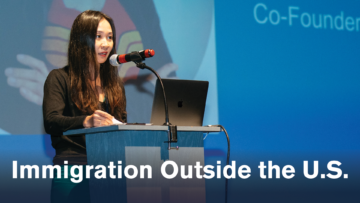 BELEZA CHAN, Co-Founder, Chatterize
In 2007, Beleza was part of Immigrants Rising’s first cohort of scholarship recipients. After living in the US for seven and a half years from high school until post-university, and without hopes of seeing immigration reform passed, she decided to return to Brazil. Later, she moved to China for an MBA program. Beleza recently returned to the U.S. after her family’s petition and 10-year bar waiver were approved. She is currently starting her own educational technology startup to help children learn English using AI technology.

Immigration Outside the U.S.
After spending the last nine years between Brazil and China, Beleza wonders if the U.S. immigration system is really the harshest one out there. 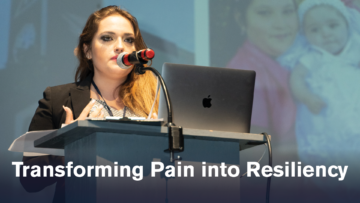 KATIUSKA VARGAS, Community Organizer & Future Law Student
Katiuska Pimentel is a community organizer, dreamer, and future attorney who migrated to the United States at a young age from Peru. She graduated from the University of California, Santa Cruz, with a B.A in politics and legal studies and will be starting law school at the University of San Francisco next year. She is a California Change Lawyers and SF BAR diversity scholarship recipient and has received multiple awards for her advocacy and organizing work.

Transforming Pain into Resiliency
Katiuska is a dreamer turned lawyer who believes that pain and trauma can be transformed into an unbeatable force to find happiness and success. She knows that resilience is a powerful tool for change. 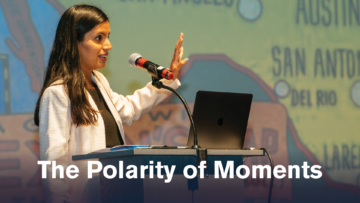 SABA NAFEES, PhD Candidate, Texas Tech University
Saba Nafees is a PhD candidate studying mathematical biology at Texas Tech University. She’s passionate about movement building and finding tangible ways to help undocumented youth. She is most proud of her work with Immigrants Rising where she served as an Entrepreneurship Fellow, building resources to empower undocumented entrepreneurs to start their own ventures and become financially independent. Her immigration journey has been documented in the award-winning film, Dream With Me.

The Polarity of Moments
Saba recalls the day that ICE agents arrived at her door, a moment that her family—like so many undocumented families— had been dreading for years. But Saba’s father reacted in an unexpected way that has left a lasting impact on her: he invited them inside for tea. After all, weren’t they humans too?

Do you like these stories? If so, please consider making a donation to Immigrants Rising this holiday season. We need your support to continue empowering undocumented young people in getting an education, pursuing their careers, and building a brighter future for themselves and their communities. 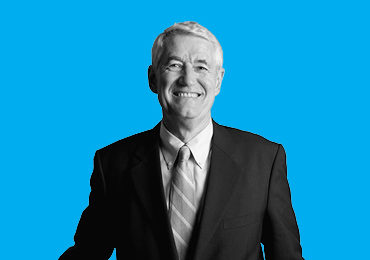 "Supporting undocumented students is a human rights issue, one that every decent American should believe in."