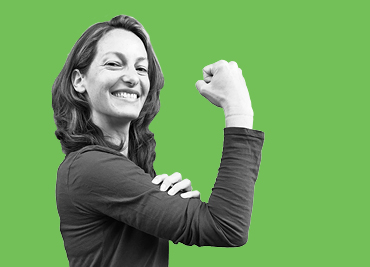 "So many undocumented young people live with honor, resilience, and integrity in the midst of significant uncertainty and inequity."

Carrie Evans is a Nurse Practitioner at Planned Parenthood Mar Monte. She co-founded Immigrants Rising in 2006 and led the New American Scholars Program until returning to graduate school to earn a master’s degree from UCSF in 2011. Carrie currently serves on the Leadership Council.

What prompted you to launch this organization?

Kathy Gin and I met at a friend’s birthday party in 2006. I was a college counselor in East Palo Alto at the time and was increasingly frustrated by how unfair the college admissions process was for undocumented students.

Kathy was the first person who cared and also wanted to actually do something. Our first plan was to make a documentary film to share the stories of undocumented students in pursuing college. We hoped to influence colleges and scholarship programs to open up more opportunities.

But given the fear and discomfort many organizations seemed to feel about working with undocumented students, we soon decided that we’d be more effective by creating our own scholarship program, and as a result, formed E4FC (Educators for Fair Consideration, now known as Immigrants Rising). By openly providing services directly to undocumented students, we could better convince others it was safe for them to do the same.

How have your experiences since then influenced your understanding of undocumented immigrants or immigrants rights?

E4FC has taught me so much. Humility is one — witnessing how so many undocumented young people live with honor, resilience, and integrity in the midst of significant uncertainty and inequity. Even when people have had their families literally torn apart, they have continued to hope and fight and live with humanity.

I remember being thrilled when Obama announced DACA. But then I was struck by the mixed emotions this raised for so many undocumented people as they immediately understood the ramifications of some people arbitrarily qualifying for DACA status while others didn’t. Their immediate instinct was to turn around and fight for more rights for more immigrants.

Because of E4FC, I expect more from our country and demand that it lives up to the values it espouses in how people should be treated.

What are your concerns for our organization?

My concern is that those who are working so hard at E4FC are at risk for burning out. There is so much passion, commitment, and persistence amongst the E4FC staff and its community, and so much work to be done, that it can push people to work at unhealthy levels. I hope everyone finds ways to ensure they also take care of themselves.

What are your other hopes for us?

I hope more people will feel the pull of humanity and speak for the rights of all immigrants, regardless of documentation. I hope more organizations, supporters, and allies see the power of the work that E4FC is doing. I hope the E4FC community grows while holding on to the spirit of what E4FC is — a community of optimists, bridge-builders, innovators, activists, and scholars.