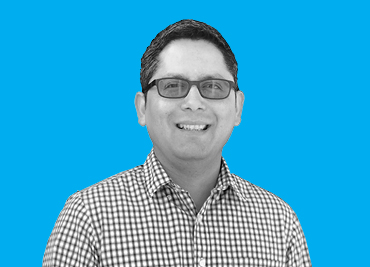 "Just in coming together, as a community, there's been some healing, especially when people feel scared or uncertain."

Josias Aguiar, a graduate of Stanford University and the University of California at Berkeley, is a social worker and therapist for children and families in San Francisco. He was part of Immigrants Rising’s New American Scholars Program in 2014, and later participated in the Creative Writing Program.

How did you first learn about our organization?

I was organizing with RISE [Rising Immigrant Scholars through Education at UC Berkeley], and we were doing a hunger strike. It was at that time that Kathy Gin was doing interviews with other undocumented students and I was really impressed by the work that she was doing, telling the stories of undocumented students.

As E4FC [Educators for Fair Consideration, now known as Immigrants Rising] developed, I began using the knowledge and services they had. I remember when one of the resources for undocumented students on how to get scholarships first came out. For me, it was awesome that this work was being done by undocumented students who were collaborating with Kathy. I got involved through the New American Scholars Program and then their creative writing program.

What do you remember most about your involvement?

I learned a lot about reflecting on my own immigration story, my own experience as an undocumented student. Finding those moments of both struggle and also strength and resilience; being able to write about those moments and being able to share it publicly with others. Just in coming together, as a community, there’s been some healing, especially when people feel scared, or uncertain.

I’ve tried to give back. When I meet people who have an interest in social work or doing a Master’s, I talk about my own story and ways that I got support, and point them to resources to continue their education.

What more should do you think should be done in the immigrant rights movement?

In the last few years, there has been a shift in moving away from the Dreamer narrative. E4FC has been a really great space for people to have difficult conversations and be able to tell all of the different stories that are part of the undocumented experience. That’s even more important right now, to provide and build a movement of diverse undocumented students, educators, and allies to advocate for immigration reform.