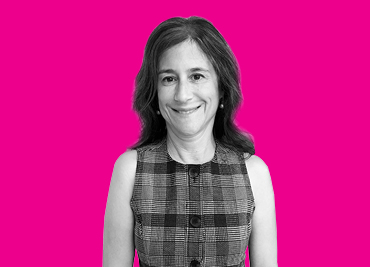 "Undocumented young people have suffered in ways that others haven’t; yet they still have a hunger for learning."

A former teacher, Liz worked in Spanish-bilingual and English as a Second Language (ESL) classrooms. She is chair of the board of the Heising-Simons Foundation, and also serves on several boards and councils, including the Leadership Council of Too Small to Fail, The Marshall Project, The Foundation for a Just Society, and the Learning Policy Institute. She volunteers as a storyteller in a transitional kindergarten class and at The Beat Within (a magazine by and for incarcerated youth.) She earned a bachelor’s degree in journalism from the University of California, Berkeley, and a master’s in education from Stanford University.

How did you become interested in the challenges of undocumented students?

About 10 years ago, I was mentoring a student at College Track, a nonprofit that works with students from underserved communities. At the same time, my daughter was also applying to college, and I couldn’t help but compare her situation to that of the young man I was mentoring. He had hurdles that had nothing to do with his abilities as a student. They were all about his status.

I wanted to do more, and Bob Birgeneau, then the chancellor at UC Berkeley, told me that I needed to meet Kathy Gin at E4FC [Educators for Fair Consideration, now known as Immigrants Rising]. She came over to my house with some students. I really appreciated how she let the students share their own stories.

How has our organization influenced your understanding of undocumented youth?

E4FC has validated the notion that everyone can be a learner regardless of the challenges that they bring to the table. Undocumented young people have suffered in ways that others haven’t; yet they still have a hunger for learning. We need to recognize that and treat them with the dignity they deserve.

How do you see working with undocumented communities as a human rights issue?

We as a society often dehumanize immigrants. When we saw the Central American moms and their children coming in, even the progressive media framed the story as people coming in to take advantage of all the resources our country has. What wasn’t talked about was the atrocities they were running from as well as the skills and talent they bring with them.

I recently visited the border with my daughter and shadowed a Human Rights Watch researcher as she interviewed refugees in a refugee camp in Tijuana. Hearing people’s stories, you realize almost everyone has grounds for asylum from Central America. When the sons reach a certain age, they may be required to join the local drug cartel, and if they don’t they can be killed. That’s one important reason why it’s a human rights issue. I don’t think we as a country have the right to deny people when they are facing death.

What are your thoughts on our organization and community as we move forward?

Everybody is facing an existential time. We have to figure out how to support these young people when so many threats are emerging. Does E4FC do more to support the families? What are the best strategies? Is it litigation, is it activism, what should the theory of change look like right now?

For the community, how do you rise up and support others, without putting yourself at risk? What should we at E4FC be saying to people when we know how powerful activism is, yet we don’t want to see people hurt or killed?

We can’t give up hope. We need to tell young undocumented people to cherish their dreams and also do what they can to live, study, and learn. These kids are resilient. They have to be; they have no choice.

Back to Personal Stories
‹ Meng So
Jay Sherwin ›