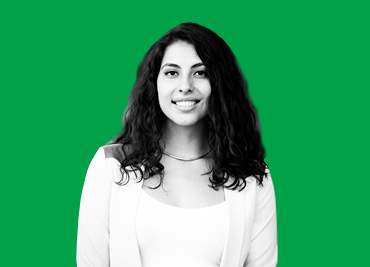 "I remember thinking, ‘Wow, I can go to college.'"

Valeria Avila is an engineering student at Santa Clara University. She is in her senior year of undergraduate studies and working on a very ambitious project, building a six foot rocket. Valeria was part of Immigrants Rising’s Outreach Team from 2013 to 2016, a Community Engagement Fellow from 2016 to 2017, and is currently part of the Immigrants for Inclusion & Change (I4IC) group.

How did you first learn about E4FC?

I was part of this program called Puente that helps Latino students in community college transfer to a four-year university. They took us to a conference, where I met someone from E4FC [Educators for Fair Consideration, now known as Immigrants Rising]. It was my first encounter with anything that provided resources to undocumented people. I remember thinking, “Wow, I can go to college.”

Then my community college received an email about applying to become an E4FC Outreach Ambassador. I knew I wanted to work on my public speaking skills because I didn’t speak English very well. I had only been living in the U.S. for two years. But it definitely ended up being more than just public speaking skills.

How were you impacted?

In the presentations that I was giving, I would talk to students about the resources for college or to parents on how to help their students or how to even go back to school themselves. It was really fulfilling. My plans had been to just go to school and pursue my engineering degree, but now I’ve been thinking of maybe starting something more humanitarian that has to do with technology.

E4FC also gave me the motivation and the means to go further. If it wasn’t for all the information I was given on scholarships, I don’t think I would have applied to so many. Kathy and Rodrigo gave me letters of recommendation, and I won a full ride to Santa Clara University.

Through E4FC, I met another student who was studying bioengineering and wanted to transfer to a university. I connected her to people and resources, just as I was helped, and now she’s in the same program as me at Santa Clara. It’s really cool, our community.

What is most important for our organization to do as we continue fighting for immigrant rights?

Being able to have our network and community is a relief. I know I can go to anybody in E4FC for help. If E4FC doesn’t have the resources, they have stories, or they have a way to shelter. And what makes E4FC even more unique is that it’s mainly run by undocumented young people helping other undocumented young people. When I first got involved, I would look at the people organizing the events and everything, and I would think ‘Wow, they’re just like me and they’re making this happen.’