On December 21, 2018 VAWA expired at midnight due to the government shut down resulting in temporary funding cut off for programs that help victims of sexual assault, domestic abuse and stalking.

Grants already awarded under the law will not be affected by the lapse in its authorization, but the shutdown will delay payment requests from VAWA-funded programs.

However, there seems to be good indication that VAWA will be reauthorized once the government shutdown ceases. House Minority Leader Nancy Pelosi stated that “Democrats’ support for keeping government open does not diminish our resolve to ensure that a strong, long-term VAWA re-authorization be passed immediately.” Furthermore, a group of 46 Republicans also called on leaders to bring a bill reauthorizing VAWA to the floor.

Also, prior to the shutdown, both the House and the spending bill passed by Senate extended VAWA until Feb. 8. However, this was done separately (i.e. house passed one, senate passed another) and they did not have the chance to cross approve before the shutdown—thus not authorizing either into law.

Advocates are hoping that once the government shutdown is over, reauthorizing VAWA will be along the top priorities in the government.

What is a government shutdown?

The current U.S. Federal government shutdown began on Saturday, December 22, 2018 and is continuing onto 2019. Shutdowns occur when neither legislation funding plans for the upcoming fiscal year nor a temporary continuing resolution can be agreed upon in time (before the previous agreement expires). The current shutdown resulted from a dispute over the status and amount of funding for the Mexico-United States barrier.

The Violence Against Women Act (passed in 1994) funds and administers numerous programs assisting survivors of domestic violence and sexual assault. This bill is pertinent to the immigrant community since through VAWA, an individual may be eligible to become a lawful permanent resident (green card holder) if they are a victim of battery or extreme cruelty committed by:

Despite the title, VAWA is available to all individuals and has no gender criteria. 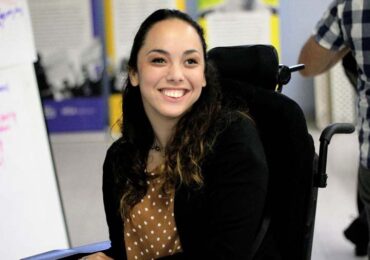 "As someone who is both disabled and undocumented, I’ve always wanted to become a lawyer in order to be my own voice and advocate for my own community."