Ten years ago today, then-President Barack Obama announced DACA as a form of administrative relief for undocumented immigrants who had previously arrived in the U.S. as children1. This announcement was the direct result of the courage of undocumented youth activists across the country. Since the failure of the DREAM Act in 2010, undocumented youth groups like DreamActivist, United We Dream, and other smaller groups had been courageously organizing massive protests to stop deportations and live in dignity. Shutting down Obama’s campaign offices in swing states like Colorado and Georgia, undocumented youth activists were able to put pressure on Obama who had earlier stated that he was unable to do anything without congressional authorization.

DACA was only meant to be a temporary stopgap solution, but now we celebrate its 10-year anniversary because of bipartisan political dysfunction and anti-immigrant vitriol in mainstream U.S. political discourse. Time and time again, the Trump Administration tried to end the program but only failed due to its incompetence. For the foreseeable future, there seems to be no viable momentum towards change.

Despite its limitations, over 600,000 undocumented young people received reprieve from deportation and had the opportunity to pursue life-changing opportunities we thought to be far away from our reach. But the program itself was not flexible and still left the door closed for many undocumented immigrants. Beyond those who missed out because of the arbitrary age cutoff, we now have an entire generation of young people who have never qualified for DACA.

Immigrants Rising is in the fight to defend DACA, but we know DACA is not the end goal: we have existed before DACA, and we will continue to exist after DACA.

Our team is made up of DACA recipients or individuals without lawful status. Our work is clearly driven by and for undocumented people. We are here to build resilience with those with and without DACA. They may take away our legal status, but we will continue to thrive just as we did before DACA and to build our futures without constraints. Our status has never determined our worth as human beings.

Here’s what you can do to support DACA recipients and Immigrants Rising in our work: 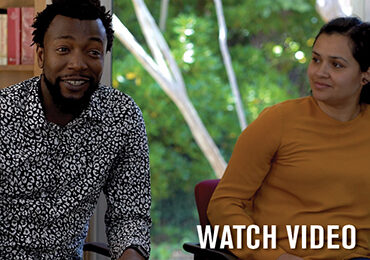 Finding A Space To Be Ourselves

"It was the first time that I was in a space where I could truly be myself. I felt safe and not ashamed and not scared to talk about my journey."