The four-year nightmare is now over.

Nearly 75 million voters, comprising the largest vote total in American history, have thoroughly rejected the calls of violent hatred, traumatic family separations, and white nationalism. We are inspired to see this new coalition of those calling for justice emerging across the country, including in places like Arizona and Georgia.

In ten years since the passage of the SB 1070 in Arizona, we have seen the immigrant community reclaim our power — whether we could vote or not — to organize, mobilize, and educate. And it leaves us to dream of new visions of transformational change all across the United States. But dreams alone do not change our world, and we are now tasked with drawing a roadmap for immigrant justice.

We especially have high hopes that Vice President-Elect Kamala Harris, a daughter of Jamaican and Indian immigrant parents, will reflect those lived experiences from a position of power. We also acknowledge her Californian roots — a state that prides itself on its respect for immigrants — and will expect her to elevate those values in Washington, D.C.

We can breathe again, and we will demand just as much from the Biden-Harris Administration as we did from the Trump-Pence Administration. We will hold them to a higher standard and make sure that they go above and beyond the campaign promises. No matter who the president is, immigrant communities regardless of status deserve to thrive and reach education and career goals without constraint. As we usher in a new era in this season of gratitude, we are thankful especially for all the Black, immigrant, and indigenous organizers and groups on the frontlines who have put everything on the line for a brighter future.

Through the greatest of adversities, we have found ways to prevail — and now we continue towards a pathway to victory for all immigrant communities. 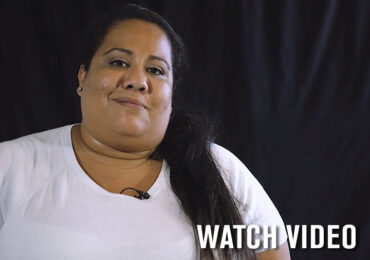