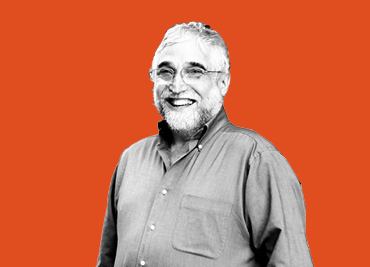 "These are our kids. They are our future."

Tony Press is a writer and retired high school English teacher. Tony was part of Immigrants Rising’s Educator Action Group from 2010 to 2012, and has edited numerous publications, served as a mentor to students, and been a supporter ever since.

How did you first learn about our organization?

In 2007 or 2008, a student of mine (I was a teacher at Jefferson High School in Daly City) asked me for a letter of recommendation for a scholarship application from E4FC [Educators for Fair Consideration, now known as Immigrants Rising].I looked into the program and was thrilled by what I found — indeed, I needed E4FC as much or more than the student!

The student did, in fact, become a recipient and beneficiary in many ways, and I did, too. Soon after, I became an active volunteer in E4FC’s “Educator Action Group” and helped share what I was learning about undocumented students with other educators around the Bay Area.

There are so, so many. I remember a visit to Angel Island and its old holding cells for Asian immigrants and walking and talking that day with an undergraduate student from Thailand and his family. He’s now in medical school, and he’ll be a great doctor. And all the E4FC high school and college students now in law school, or working as legal assistants with important programs. It’s stunning how much E4FC people continue to give.

I remember the student I had, a few years earlier, when I did not know about AB540, which would have exempted him from paying nonresident tuition at a California public university. I think about how we could have done things differently for him had I been appropriately aware. He ended up doing very well, but not in the country of his first choice.

I remember the day I met Kathy, in the backyard patio of a bakery/cafe near the old office in Hayes Valley, back in 2008 or late 2007. And those big, crazy conferences, first at San Francisco State University, then at UC Berkeley, for educators. We, the few but willing, accomplished something with those efforts.

I remember the friendships and connections I’ve made through the Educator Action group, leading to various volunteer efforts with such organizations as College Track, College Summit, and Sequoia High School.

And one more: the day after the 2016 presidential election and the small gathering at the E4FC office, for anyone who needed or wanted to talk, to question, to hug, to be together.

Why do you think our work is important right now?

We’ve never not needed E4FC but with the current political climate, we need it more than ever. These are our kids. They are our future.

E4FC, though it has grown, hasn’t grown too big. It remains dedicated to providing personal service to people, whether those people be students, families, or educators.