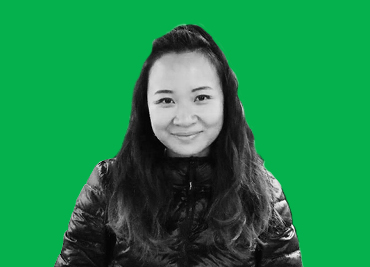 "Even more more valuable than the scholarship money was having the emotional support."

What are you most proud of?

Overcoming hardships and getting an education. My parents were born in a generation in China in a time when things were changing a lot. Where people had very little access to studying, to food. They had the courage to go to Brazil, and then my mom came to the U.S.

I was given a good education in the U.S., which has enabled me to grow and to grow against all adversities. I could have been like my dad, who couldn’t finish middle school in China, so it’s a big accomplishment that I’m able to do so.

I received a scholarship in 2007, but even more more valuable than the scholarship money was having the emotional support of Kathy Gin and Carrie Evans. I think it’s very easy for different scholarships to think of just financially supporting students, but there’s more needed. A lot of times you need emotional support because there’s no one else that you can talk to.

I still go to the website for E4FC [Educators for Fair Consideration, now known as Immigrants Rising] maybe once or twice a year. When I see a new program, and I’m like, “Oh that’s exactly what was needed.” I follow it that much because it’s hard not being in the U.S. and understanding what’s going on in immigration, but I see they’re always finding new ways to help a group that’s not represented and giving them a voice.

What’s important to consider as we continue to fight for immigrant rights?

There’s a lot of uncertainty around policies like DACA now, but for many years, there wasn’t even DACA. E4FC has been around long enough to have tools and mentors to help people who don’t have DACA.

I particularly like the entrepreneurial programs and actions. There are so many people that have been able to advance their careers, despite their immigration status. So the path has been forged. E4FC can be a place where this network can grow. People can find more connections, or more people like themselves. The generation that came before, they were people who had even fewer resources, and they made it happen.