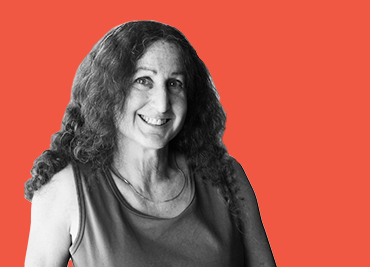 "Immigrant youth have rarely accepted ‘no’ for an answer."

Tanya Broder is a Senior Attorney directing state and local policy work at the National Immigration Law Center. An ally and supporter of Immigrants Rising since 2010, Tanya currently serves on the Leadership Council.

What is your first memory of our organization?

I met Kathy Gin at a meeting with David Chiu, who was on the Board of Supervisors in San Francisco. We were exploring local strategies for supporting undocumented students in pursuing higher education. This was when in-state tuition was available but before state-funded financial aid and scholarships could be available to students regardless of status.

Kathy invited me to a strategic planning meeting, where I met teachers, counselors, students and began to see the broad vision for and unique value of the organization. When the DREAM forms were being introduced, some of their staff provided helpful feedback to the state agency.

I later worked with E4FC [Educators for Fair Consideration, now known as Immigrants Rising] on legislation that expanded access to in-state tuition and financial aid to formerly undocumented immigrant survivors of trafficking, domestic violence, and other serious crimes.

What have you learned through your experiences with our organization?

Our advocacy has benefited enormously from the energy and expertise of undocumented young people and their strategic use of political power. When we worked to confirm that DACA grantees would have access to in-state tuition as state residents, it was E4FC and the students who persuaded Janet Napolitano to make that decision. I also learned from E4FC working on a campaign to expand access to professional licenses for undocumented immigrants in California. They aimed high and were successful.

Finally, I learned from and was inspired by the phenomenal Pre-Health Dreamers, who were extremely savvy in building and leveraging relationships to achieve victories at every level – institutions, agencies, and numerous states. What an amazing group!

What’s important for us to do as we move forward?

Immigrants, particularly undocumented immigrants have always faced challenges – and immigrant youth have rarely accepted “no” for an answer. I hope that E4FC can continue to be a force for change, that will continue to inspire us, and move us toward a better collective future. I also hope that they can do so while supporting each other and their personal well-being – a tall order for an ambitious organization.