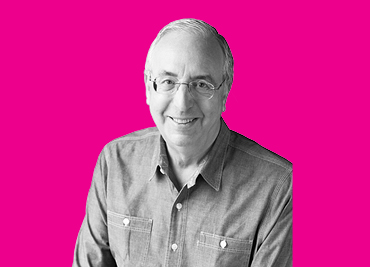 "It’s inspiring to hear the stories of how undocumented young people have persevered in the face of hardship."

Bob Haas is the Chairman Emeritus of Levi Strauss & Co. and a trustee of the Evelyn and Walter A. Haas, Jr. Fund. An alumnus of UC Berkeley, Bob endowed the Haas Scholars Program and has been a driving force behind campus-based services for undocumented students. Bob, his wife Colleen, and daughter Elise, have been key supporters of Immigrants Rising since 2012.

About six years ago, Robert Birgeneau, who was then UC Berkeley chancellor, invited me, my wife, Colleen, and daughter, Elise to dinner at his house to meet some of the university’s undocumented students.

We were impressed by the students we met, touched by their stories, and moved to learn of the multi-faceted challenges they faced. Subsequently, a number have become our mentees and friends.

Soon after the dinner, our family foundation (the Evelyn and Walter A. Haas Jr. Fund) approved a $1 million grant to provide scholarships to undocumented students at Berkeley. Unbeknownst to me at the time, our daughter made a further, generous grant to help Berkeley’s undocumented students (despite the fact that she is a Stanford graduate!) in honor of my 70th birthday.

I later met Kathy through Bob and became introduced to the work of E4FC [Educators for Fair Consideration, now known as Immigrants Rising].

What have you learned as you and the Haas Fund became regular supporters of our work?

A benefit from our association with E4FC has been the many wonderful young people whom we have come to meet and get to know. It’s inspiring to hear the stories of how undocumented young people have persevered in the face of hardship. Being able to give the students a hand and seeing them flourish is a source of satisfaction.

All too often, providing philanthropic support can seem very impersonal. Gifts go to a favored organization, acknowledgements are received, and the money disappears into the organization’s coffers. With E4FC, a donor can see directly the benefits stemming from a donation and follow the careers of those being supported.

I hope that E4FC goes out of business as a result of comprehensive, sensible, humane immigration reform in the United States. As this is unlikely in the current political climate, I hope that Congress will pass more enduring DACA-like protections for young immigrants so that they can pursue their dreams. And I hope that progressive states like California can continue to forge new laws and supportive programs to help undocumented young people that can serve as models for other states and eventually our country.