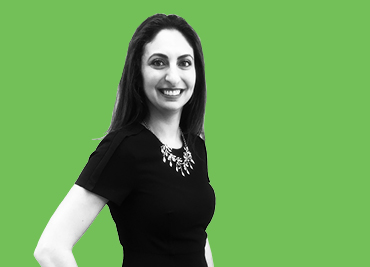 "Learning about the fears of undocumented immigrants felt personal and visceral. This is about all of us."

Elise Haas is a board member of the Evelyn and Walter Haas, Jr. Fund, the Levi Strauss Foundation, and Define American. She is an advocate and funder for social justice issues, especially for undocumented immigrant populations, and was part of early efforts to establish the Undocumented Student Program at UC Berkeley. Elise has been a supporter of Immigrants Rising since 2012 and currently serves on the Leadership Council.

In 2012, I met Kathy Gin and a group of students that were part of E4FC [Educators for Fair Consideration, now known as Immigrants Rising] through some mutual connections who were involved with supporting undocumented communities and also had an affiliation with UC Berkeley.

I have this vivid memory of going to a conference that UC Berkeley co-hosted with E4FC, where students were reading pieces they’d written from “Things I’ll Never Say” series. Nadia Rojas read her piece, “A Knock At the Door,.” and it’s haunted me ever since. Many others have drawn this parallel before, but all of a sudden, my eyes were opened to the echoes of Nazi Germany. My family is Jewish. We’ve seen this before: the knock on the door, people rounded up and ripped from their families.

Learning about the fears of undocumented immigrants felt personal and visceral. Hearing Nadia’s piece underscored that. This is about all of us. This could be me, in another place and time not that long ago. This could be my best friend, now, here, today. I felt that instantly, without knowing the specifics of all my friends’ immigration status, but understanding how capricious and arbitrary it can be. Since then, I’ve learned just how many people close to me are undocumented themselves, or part of mixed-status families. I think it’s part of my privilege growing up in California, and in the SF Bay Area, to be part of our wonderfully diverse community. As a result, the majority of people in my life are first- or second-generation immigrants, and once I understood the extent to which those communities were under attack, I couldn’t look away.

In what other ways has our organization influenced your understanding of undocumented immigrants?

E4FC strikes me as consistently being on the cutting edge of what’s next in the work ahead. As an example, during the first couple of years of my involvement with Cal’s Undocumented Student Program and the work more broadly, my focus was less holistic. It was more about spreadsheets and budgets: trying to address funding gaps, trying to make the numbers add up so that students could make rent and fill in some of the gaps in their financial aid packages. While necessary, it felt somewhat one-dimensional and removed from the fullness of folks’ lives.Through listening to students and paying attention to the work that orgs like E4FC were doing, it confirmed my sense that there was this vast need for and value in access to mental health services: that this was not a “nice-to-have” but a “need-to-have.” I realized that through E4FC’s creative writing groups, community gatherings, and more, that E4FC had thoughtfully and intentionally woven this into its programming from the start.

Another area where I feel like Kathy and E4FC were ahead of us, or at least ahead of me, was her acknowledgement early on that when we had DACA, there was this huge gap in opportunity between students with DACA and those without. I remember Kathy being one of those first voices I heard tempering the early giddiness over DACA, reminding us that it had created an even more stratified environment in terms of access and, as a result, there were young people getting left behind. She wanted to focus more on entrepreneurship and open up other opportunities. E4FC was clear-eyed about many of the limitations of DACA which, I believe, helped the organization and those of us learning from it pivot swiftly when DACA’s future was threatened. They were already doing the work around how to survive and thrive in the absence of DACA.

Even with the political difficulties, I’m not concerned about whether or not E4FC will rise to the occasion because they always do. I’m just more concerned about what they might have to be contending with. This work is so from the heart, and it’s so meaningful, but it’s a lot to carry emotionally. On the one hand, I hope for more scale and I hope the organization can grow. But I hope it doesn’t come at the expense of the organization or its members.