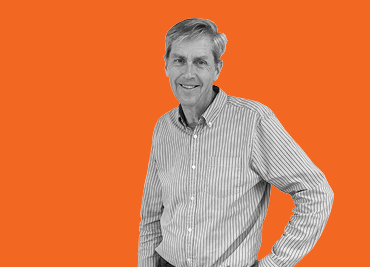 "This is about basic human rights and freedom. People should be able to pursue their dreams."

Jeff Hawkins is an engineer, entrepreneur, scientist, inventor and author. He is a founder of three technology companies, Palm, Handspring, and Numenta as well as the non-profit Redwood Neuroscience Institute. He has been a key supporter of Immigrants Rising since 2011.

How did you become involved in supporting undocumented students?

In the past, the United States has done some terrible and embarrassing things to our people, for example Jim Crow laws, the Chinese exclusion act, and the internment of Americans of Japanese descent during WWII.

I believe we are now doing something equally bad, equally embarrassing, to young undocumented immigrants who were brought to our country by others and raised as Americans. We are forcing them into a type of banishment.

Can you share a particular memory or story about our organization?

The thing that strikes me most is when I talk to individual students. Those are really warming moments. I just love smart, young people. When you meet them and you know how many obstacles they had to overcome just to get to high school, and then to college, and then to graduate from college.

I can think of numerous students and sometimes they bring their parents to meet with me. They are so nice and intelligent. They put up with so much crap, and yet they are so normal. Those are my favorite memories, the one-on-one interactions.

Do you have a message for our organization and community?

I am supporting E4FC because I want to help undocumented young people get an education, launch new projects, pursue their dreams and make this country a better place for all of us.