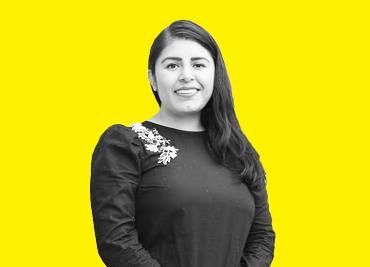 "I found a sense of visibility about me as a human and as a student. I finally felt I belonged."

Isabel Cortes, who earned her Bachelor’s and Master’s degrees from Mills College, works for the Energy Foundation in San Francisco. Previously, she worked for Senator Loni Hancock, who represents California’s 9th Senate District. Isabel was part of Immigrants Rising’s New American Scholars Program in 2011, shortly after she joined the Outreach Team and the Creative Writing Program, and currently volunteers on the selection committee for the New American Scholars Program.

I was the recipient of the scholarship in 2011 and I remember getting it and thinking, “Oh my God, there really is a place where undocumented students are recognized and acknowledged, there are people who believe we can do it and who believe we can go to college.”

I became part of this great community of people who shared similar experiences as me and I found a sense of visibility about me as a human and as a student. I finally felt I belonged.

I could go back to my hometown and tell my younger siblings, “You can do it. Our path is not going to be the same, but I want you to know that there are resources and there are advocates fighting for us.”

All of my younger siblings have gone on to college and graduated. And all my younger cousins have also gone on to school. When you’re the first in your family, people will follow you, or at least they know that they have access to someone like you, that they can do this as well.

What do you think is most unique about our organization and its role in immigration advocacy?

When DACA was announced, you didn’t forget about undocumented non-DACA students. When a lot of organizations moved their focus to DACA, you remained committed to still giving scholarships to students who did not qualify for DACA. They were not forgotten.

I also appreciate that the organization brings light to the complexities of mixed status families. For example, my family is very mixed in status and this makes for interesting identity politics within the terms undocumented and documented. Each of us has our own immigration identity and our own immigration narrative and we all have different privileges and different access to certain resources. Navigating identity politics within mixed status families can be challenging and I appreciate that I can find a community like Immigrants Rising where I can discuss topics such as this one.

What are your hopes for our organization’s future?

I feel that you and similar organizations have to stay and will remain in place, no matter what new policies are in place. Immigration will not stop. That’s just the fact of the matter, politically and socially, around the world. We will always need organizations like you. My hope is that Immigrants Rising remains committed to the growth and the educational prosperity of students no matter their country of origin or their status in the United States.