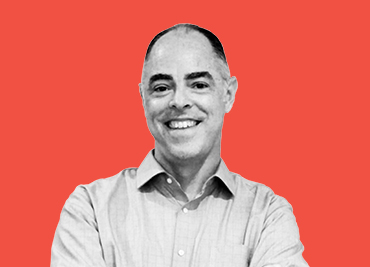 "Our students saw how power operates and how they could have a voice."

Matt Alexander is co-founder and co-director of June Jordan School for Equity in San Francisco. He has been a supporter of Immigrants Rising since 2011 and currently serves on the Leadership Council.

When did you first learn about the challenges of undocumented students?

When I was a teacher at Balboa High School in San Francisco, I found out that one of my students couldn’t go to college. She went back to Mexico, but was told there that her U.S. high school diploma didn’t qualify her for college there.

Later, at June Jordan School for Equity, I met other undocumented students. We didn’t know how to help them. I eventually heard about E4FC [now known as Immigrants Rising] and saw the website and thought, “Wow.” There were all these amazing resources that we started using.

How did you become more involved with our organization?

My wife’s family has a small foundation, and I pitched for the group to give money to E4FC. Through the process of making the the donation happen, I became more involved. Now June Jordan has college student fellows placed by E4FC.

In 2016, our E4FC fellow at June Jordan—Angelica Vargas from UC Berkeley—helped build up the undocumented students club and helped to take our work to the next level in supporting undocumented students. We had one of our students elected as the student delegate to the school board for San Francisco. She led a process where the students, with support from Angelica and E4FC, rewrote the district’s policy on supporting undocumented students. They negotiated with the district’s counsel who was trying to water down the things they were trying to do. Our students saw how power operates and how they could have a voice.

San Francisco Unified School District now has one of the country’s strongest policies to protect undocumented students’ rights. It was all student-led, really amazing.

What would be your hopes for our organization and the undocumented community going forward?

Being able to sustain and build on the work and to do more networking of undocumented students. One of your organization’s other partner schools heard what our students were doing around the district resolution on supporting undocumented students, and now they are really interested to see if they can do something similar in their district. Those kinds of personal connections are really powerful because it gives people ideas and partners in figuring out how to deal with their own individual situations, but also builds collective power and leadership.