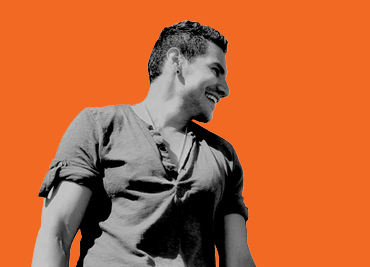 "People can still succeed in their education and careers, despite all the negative policies around us."

Krsna Avila, a graduate of UC Davis and Cornell University Law School, is a fellow at the Immigrant Legal Resource Center. Krsna was part of Immigrants Rising’s Ambassador Program in 2008, led the Legal Services Program from 2010 to 2014, and now serves on the Leadership Council.

I applied for and won a scholarship that required me to do a project about undocumented issues. This was in 2008, and I wanted to educate my peers and everyone at my school, UC Davis, about what it means to be undocumented. We had a huge turnout. This was before a lot of people were open and willing to discuss their immigration status publicly. I remember the thrill of finally having the courage to let my peers at UC Davis know that I was undocumented.

After you graduated, you started volunteering at for our organization and helped formalize what is now our Dreamer Intake Service. How did that experience unfold?

We started working with volunteer attorneys. We used google spreadsheets, and we would have this really basic intake form, and then we would send it to the volunteer attorneys. Then we decided to train undocumented individuals who were interested in going to law school to do this kind of work, with a staff attorney, and it just grew from there.

Throughout that process, I was also gaining a lot of knowledge of immigration law, because I had to in order to do that work. One day I found out that I had an argument to get my own Green Card. It was a complicated case, but I ended up getting it. After that I was finally able to apply to law school, and that was that.

If it wasn’t for E4FC [Educators for Fair Consideration, now known as Immigrants Rising] I don’t think I would have been able get a Green Card as well as gain all of these professional skills. When I started, I had no skills whatsoever, and I was pretty much in charge of running a program. I had to learn how to network, fundraise, make strategic decisions, everything.

What is most important as we continue to advance immigrant rights?

E4FC has always been a risk taker. They know people can still succeed in their education and careers, despite all the negative policies around us.

I think right now it is really important that we’re focusing on the careers of undocumented young people, and how they can make a living right now without needing to rely on DACA. People need to know that they can still earn a living. Being a risk taker has been really helpful in an era where it seems like we’re just being attacked all the time.