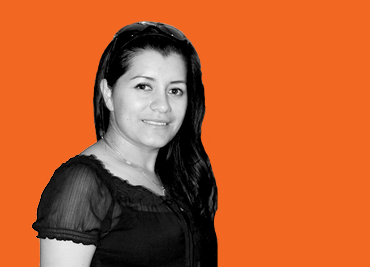 "I became more open and less fearful about life."

Yoshi Mendez, a graduate of UC Berkeley, works for Centro Legal de la Raza as a “Know Your Rights” coordinator in Oakland. Yoshi was part of Immigrants Rising’s Ambassador Program in 2009, the New American Scholars and Creative Writing Programs in 2010 and 2011, and the Legal Services Team in 2013 and 2014. Most recently, Yoshi has volunteered on the selection committee for the New American Scholars Program for the past three years.

How did you become involved in our organization?

Right after high school, I didn’t really know how to pay for college, and I didn’t know if I could even go to college. One of my teachers told me about E4FC [Educators for Fair Consideration, now known as Immigrants Rising] and said that I should apply for their scholarship. I applied for the scholarship, and I didn’t get it.

Then Kathy Gin told me about the Ambassador Program, which trained undocumented students to do community outreach and education. I applied and got in and, ever since then, I’ve been involved.

How have you been impacted by your involvement?

Having E4FC created a sense of community, where I felt I belonged and I could be open about my legal status. When I moved to the United States, I was living with my uncles and aunts, and they always told me that I couldn’t share with anyone that I was undocumented because it was too dangerous. When I became part of the Ambassador Program, I decided that it was okay to share with my classmates in community college that I was undocumented. I was not as scared anymore.

What I really like about E4FC is that Kathy Gin and Carrie Evans have allowed the youth to take leadership roles. People feel more empowered when people that have been undocumented take those roles. They clearly have an understanding of what it is to be undocumented, all the challenges that we face. I haven’t seen that in other organizations.

One of the things that I enjoyed the most was the Creative Writing Program and when they took us to Angel Island. I think that finally I was able to share some of my experiences and some of the reasons why I came to the States. I became more open and less fearful about life.

E4FC has given voice to so many undocumented immigrants, and I hope it can continue to do that. Now more than ever we need to find ways to support undocumented youth and let them know that E4FC and the members of E4FC are here to help them and support them in any way that we can.