Today, the U.S. Supreme Court announced that it will hear the case on DACA to determine the future of the program. A decision in the case will come sometime January-June 2020.

We remain encouraged by the victories in three lower courts and hope that the Supreme Court will also decide to protect the DACA program.

WHAT DOES THIS MEAN?

Nothing has changed. The DACA program remains in place and people can continue to renew. Please speak with an immigration legal service provider about renewing your DACA if it will expire in 2020.

Unfortunately, those who have never had DACA still cannot apply to the program.

I HAVE DACA. WHAT ELSE CAN I DO?

Get an immigration screening. Use Immigrants Rising’s Immigration Legal Intake Service to see if you may be eligible for a permanent immigration option.

Take care of yourself and reach out for support. Take a break from social media and reach out to those in your support system to share how you’re feeling. If you or someone you know is in crisis and needs immediate help, text HOME to 741741 or call 1-800-273-8255. Both services are free and available 24/7.

WHAT CAN ALLIES DO?

Donate to a DACA renewal fund. The cost to renew DACA is $495. Donate to help ensure people don’t miss out on the opportunity to renew. You can donate at www.DACARenewalFund.com or FWD’s GoFundMe Hub.

Check-in on DACA recipients and other immigrants. These communities need to know we have their backs.

We know this is a lot to take in. We want you to know that Immigrants Rising is committed to fighting alongside you and other undocumented young people.

The Supreme Court of the United States (“SCOTUS”) decided not to take the DACA case during this term and DACA renewals will remain open for people eligible to renew. DACA recipients are encouraged to continue renewing their DACA as the SCOTUS may take the case on the next available term—which begins on October 1, 2019.

Learn more about renewing your DACA application with our Steps to Prepare for Your DACA Renewal guide.

On December 1st, Democratic House Minority Leader Nancy Pelosi (who is currently vying to secure her second term as speaker of the House during the upcoming congressional session) vowed to pass legislation that would allow Dreamers a pathway to citizenship (e.g. Dream Act) and to codify protection for Temporary Protected Status (TPS) eligible individuals when Democrats retake control of Congress’s lower chamber in January. This was in response to a letter sent to Pelosi from the Congressional Hispanic Caucus last Thursday, showing the impact behind when the people voice their concern to their elected representatives.

Advocates as well as house members are pressuring to pass these protections within the first 100 days of the 116th Congress – something that Pelosi did not promise in her statement.

Today the Ninth Circuit Court of Appeals rejected the Trump administration’s efforts to cancel DACA and issued a decision that stated the following:

This decision from the Ninth Circuit Court of Appeals opens the door for a review of DACA from the Supreme Court. Additionally, the Department of Justice asked the Supreme Court on Monday, November 5, to take up the DACA case and to issue a final decision.

On October 17, the Trump Administration sent a letter to the 9th Circuit Court of Appeals demanding a decision on the DACA case by October 31, or have the DOJ file a petition for review with the U.S. Supreme Court (“SCOTUS”). Since the 9th Circuit did not issue a decision, on November 5, the Trump Administration asked SCOTUS to bypass three appellate courts (2nd, 9th, and D.C. Circuit) for immediate review regarding DACA – with the goal to rule the termination of DACA lawful.

The Trump Administration’s rationale for this was that if the federal appeals court did not act soon, it would be too late to get the case on this year’s SCOTUS docket, which would require the government to keep DACA going for at least another year.

The Trump administration tried earlier this year to get the DACA case before SCOTUS while it was pending in the 9th Circuit. SCOTUS declined that invitation in late February but said they assumed the appeals court would “proceed expeditiously to decide this case.”

The Supreme Court rarely agrees to hear cases before the appeals courts have ruled. Some advocates speculate that the government’s chances might be better this time, given that SCOTUS said they expected the appeals court to act more quickly than it usually does. However, the 9th Circuit takes an average of nearly 23 months to issue a final ruling, and only about six months have elapsed since the DACA case was argued. A ruling by the end of the year might be considered expeditious.

Further updates will come as the case develops.

On August 31, Judge Hanen decided to NOT issue an injunction ordering USCIS to stop processing DACA renewals. This will allow eligible individuals to continue to submit DACA renewals.

However, Judge Hanen wrote that he believes DACA to be likely illegal, and will ultimately fail to survive a challenge before his court.

The two reasons that Hanen cited in not issuing an injunction are as follows: 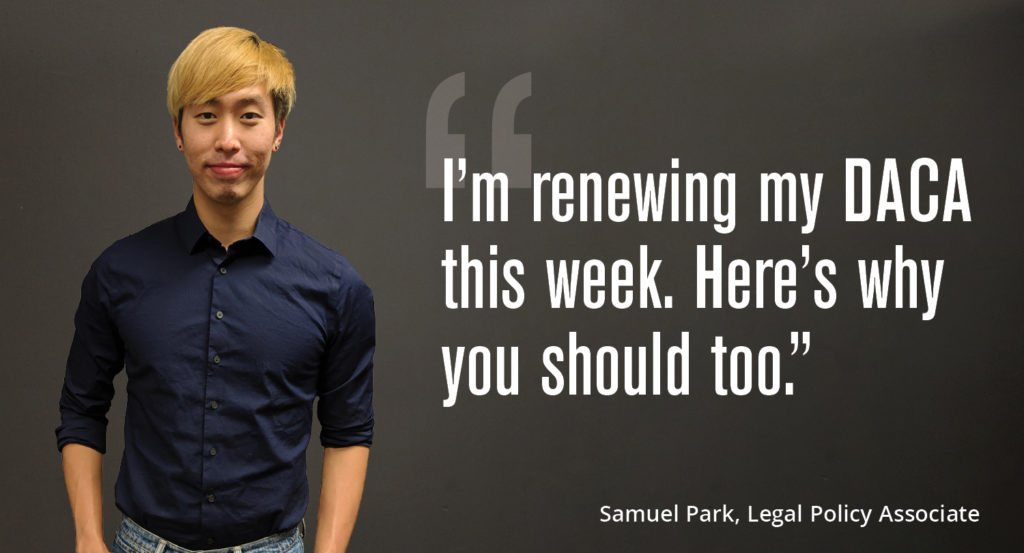 I am writing to let you know why I am renewing my DACA this week and encouraging other DACA beneficiaries to do the same.

As some of you may already know, there is a preliminary hearing on DACA scheduled for August 8th in Texas. This hearing poses a distinct threat to DACA, and may lead to the Trump Administration no longer accepting DACA renewals.

Therefore, we urge DACA beneficiaries whose DACA expires between now and August 8, 2019 to renew as soon as possible.

Background: Judge Andrew Hanen, who has previously criticized the Obama Administration for its implementation of the DACA program, will be presiding over the Texas hearing. Should Judge Hanen declare DACA to be unlawful, the Trump administration may stop accepting DACA renewal applications and end the DACA program entirely. For more information on the DACA litigation timeline, please read this resource created by NILC.

Here are some resources to help you renew your DACA application:

Also, here are some other ways to stay informed and engaged:

Renewing my DACA will enable me to continue doing the work I love and creating positive change. Please join me in encouraging as many DACA beneficiaries as possible to seize this critical moment.

Together, we can make a difference. 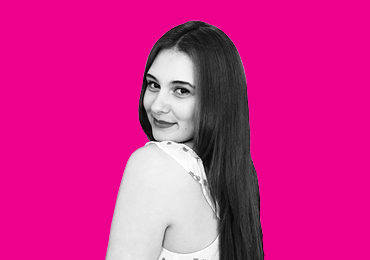 "We all stand up for each other."