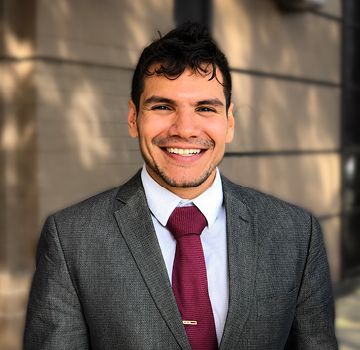 Krsna is a Staff Attorney at the Immigration Legal Resource Center (ILRC). Having immigrated to the United States with his parents when he was only four months old, Krsna grew up as an undocumented immigrant. Prior to law school, Krsna worked closely with the ILRC to establish a legal services program at Educators for Fair Consideration. As their Legal Services Manager, Krsna provided legal support to undocumented youth throughout the country.

Directly feeling the effects of our unjust immigration system, Krsna quickly became interested in attending law school in order to understand the legal system from a different lens.

While in law school, Krsna worked at the United Nations High Commissioner for Refugees in Washington D.C. and the American Civil Liberties Union of Northern California where he supported litigation regarding free speech and racial discrimination issues. He also participated in the Asylum and Convention Against Torture Appellate Clinic, where he helped represent a client before the Board of Immigration Appeals. Krsna also volunteered with the European Council on Refugees and was an editorial member for the Cornell Legal Information Institute U.S. Supreme Court Bulletin.

Krsna earned his undergraduate degree from the University of California, Davis, and his law degree from Cornell Law School where he received the 2017 Freeman Award for Civil-Human Rights for his commitment to civil rights and public service.

"I became more open and less fearful about life."