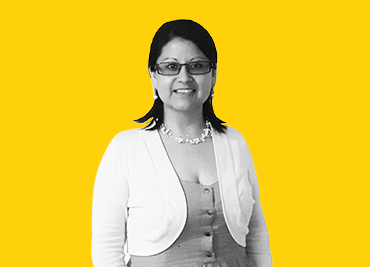 "The types of people who the organization is meant to serve are the ones at the forefront. It sets the bar higher."

Blanca Hernandez, a graduate of UC Davis, currently works in the legal field in DC. Blanca was part of Immigrants Rising’s Legal Services Team from 2010 to 2013, when she left to pursue a career opportunity in DC.

How did you first connect with our organization?

Around 2010, a friend told me about E4FC [Educators for Fair Consideration, now known as Immigrants Rising]. I went to one of the meetings where there was an attorney answering legal questions. Kathy Gin recently told me she still remembers how I told the attorney, “Nope, that’s not how my case worked.”

It was just hilarious because the attorney didn’t know more about my case than I did. We were going into this consultation, and she wasn’t going to be able to give me all the information I needed. I appreciated the time and effort of that attorney, but the reality is that brief consults never do anyone justice. There are so many questions that go unanswered, and people usually don’t bring documents they need.

Later that year, following a rally at Senator Feinstein’s office, Kathy asked me and a few other people to help expand E4FC’s Legal Services Program.

What did you learn from your experience with the program?

We had trainings by various attorneys — including Mark Silverman, Dan Berger, Francisco Gonzalez, and of course, Mari Zellner — and then we started going through intakes online. I felt I wanted to work on these cases as hard as I wished somebody would work on mine and to exhaust all possibilities.

I recall on several occasions, doing intakes, someone would say, “Oh, this person has a remedy.” And everybody was excited, and we would cheer.

Growing up, every time I went to a free clinic for consultation, they said the same thing, “Just get married.” And I always thought, “There has to be something else. This really can’t just be the only thing.” At age 16, the last thing you want to hear is that marriage is your only option.

At some point, one of the E4FC’s funders paid for us to have a consultation with Dan Berger. Dan and one of his colleagues found out that my only possibility wasn’t just to be married. I had the option of getting an employment-based visa.

It was like, “I knew it.” Dan Berger and his office hold a special place in my heart because I was like, “I knew if somebody dug deep enough, they would find something, you know?” Although I have not been able to immigrate via the PERM, I did pursue it. I attempted to file several times. Ironically, I learned the ins-and-outs of the PERM process via my own process.

What is important to keep in mind as our organization moves forward?

At most nonprofits the people who work there aren’t exactly the ones affected by what they do. But at E4FC, the types of people whom the organization is meant to serve are the ones at the forefront. It sets the bar higher. It’s something that I appreciated about E4FC, and I hope that it remains that way.

I’d like E4FC to be more diverse in the topics that it touches upon, for example, disabled undocumented youth. The services that should be provided to them aren’t out there, and they don’t have anywhere to turn because disability rights organizations have zero knowledge on immigration issues. Additionally, it would be great to broaden the focus beyond just the “best and brightest.” There are many young people who fall through the cracks and they are important too.

My real hope is that in 10 years, we won’t have the need for all this. But realistically speaking, there’s always going to be some population that’s going to need something. Until then, I hope that amazing people continue to advocate for those in need.