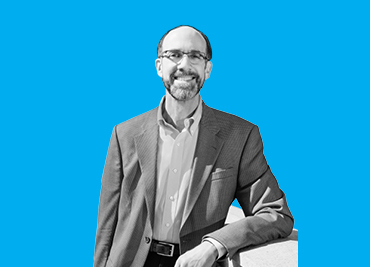 "I’ve been completely inspired and impressed by what undocumented young people have accomplished despite all the obstacles."

Jay Sherwin has spent much of his career working in the foundation grantmaking field, and is now training to be a hospital chaplain. He has been an ally and advisor to Immigrants Rising since 2007, and served as co-director of the Invest in the Dream initiative from 2014 to 2017.

I met Kathy Gin when I was the vice president at the College Access Foundation of California. What I learned from her was really compelling — that it was so challenging for such a talented and ambitious group of young people to build a successful life in this country. I thought it was really urgent to try to help.

While at the foundation, I wanted to help direct some scholarship money to undocumented students, but I needed approval from my board to do that. That was not an easy conversation to have in 2007, and I felt very proud that I got my board to agree to a “don’t ask, don’t tell” policy of not inquiring about a student’s immigration or citizenship status.

In 2012, when I was working as a consultant, Kathy approached me to help her with this idea she had to launch a national matching scholarship program, which would become Invest in the Dream. I was excited to say yes and start working with E4FC [Educators for Fair Consideration, now known as Immigrants Rising].

What have you learned as a result of your involvement?

I don’t think I’ve ever been more inspired by anybody I’ve worked with than by the young people who are part of E4FC– by how smart, ambitious, driven, resilient and determined they are. They are relentlessly positive, generous, and caring for each other.

E4FC reminds me of all of the reasons why we should welcome this community of people and give them as much support and space as they need to make a life and future for themselves and their families.

What’s important to do or keep in mind as our organization and community moves forward?

Very often, nonprofit organizations hire professional staff who may not live in the neighborhood, or aren’t really part of the community they serve. They may care about it deeply, but they’re not of and from the community.

E4FC is driven by and inspired by undocumented young people trying to create opportunities for themselves and others in their own community. My wish is for E4FC to always stay true to that principle.

I’ve been completely inspired and impressed by what undocumented young people have accomplished, despite all the obstacles, and I am so excited by what they’ll be able to do in their lifetimes.